In my young age I used to play the french mmorpg Dofus it was part of my childhood; certainly not as extensively as Pokémon or Halo but it had it’s footprint to leave.

What always intrigued me was how a mmorpg that was used by over millions of players when it used to be popular, had such lacking security when it came to protecting the game, accounts or even resources. However all those details are for another time as today we focus on looking at reading the resource files called d2i.

This reverse engineering was done mainly by looking at patterns in the file, hexadecimal code and a few of the uncompiled game sources. However I did try to keep the use of the game sources to a minimum to make this more challenging.

The d2i format is used by Ankama to stock strings such as item names, dialogues and more. This file can vary depending on the language but the structure stays the same.

This file is composed of 4 major parts:

Each of these parts has an Index (4 bytes) giving the size of the data that will follow apart from the extra data.

The Datas or each composed of 3 parts:

The Indexes since the 2.4X update have become a bit more complex since they introduced diacriticals ( the string with no accents or capital letters).

The UI Messagesare messages that are given in certain packets that don’t have an ID to identify the string.

Not having had much time to look at it in the past and now working on other projects I am not sure what this represents. 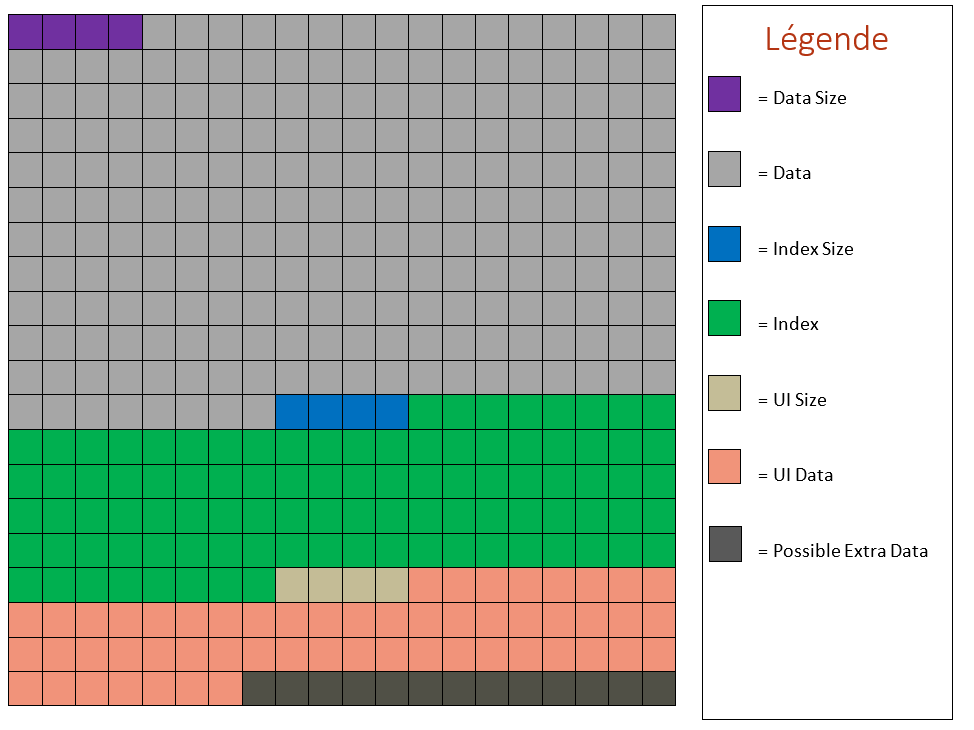